Request an offer for more information.

The history of the family business Goudriaan goes back to the year of its foundation in 1926. C. Goudriaan senior then established the company in Ouderkerk aan den IJssel and started his one-man business as owner / driver. The first truck was a single-axle T-Ford box truck with a 2-ton loading capacity.

The first expansion came two years after its foundation, which is now 1928. A brother of C. Goudriaan Sr., namely A. Goudriaan, joined the business. A second T-Ford truck was bought and the sole proprietorship continued as a general partnership (VOF).

In the early days, the cargo varied from sand, gravel and coal to pigs. The pigs were collected from the farmer and transported to the livestock market or the slaughterhouse. Physical labor was not shunned. The cargo offered as baggage was then carried by the drivers themselves.

After some time, the first driver was hired, so that until the Second World War, three people were driving. The fleet now consisted of two T-Fords and a Chevrolet, while the loading capacity had increased to 6 to 7 tons per vehicle. From that time (1930) there are still old relationships that still exist today.

When the war ended, a fresh start was made. Successively, a used Bedford, a V8 Ford civil car, a Brokway, 3 Bedfords and the first DAF were bought again.

Around 1955 the second generation, namely M. Goudriaan, son of C. Goudriaan Sr. joined the firm after having worked in the business as employed about 10 years.

It was during this period that the company made a start with the heavy transport vehicles and were shortly thereafter purchased the first loader crane.

The steady growth in terms of supply of cargo, vehicles and personnel, partly due to displacement of water transport to road transport, the company was able to develop further.

Contrary to the current position in the business world that the employer must be changed periodically, Goudriaan Transport’s company policy has always been to retain the personnel. This is still pursued by keeping the fleet ‘young’ if possible, stimulating its own contribution or participation and, where necessary and possibly improving working conditions. 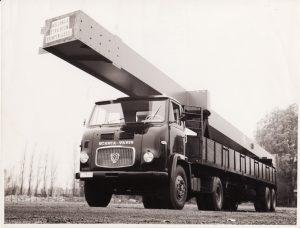 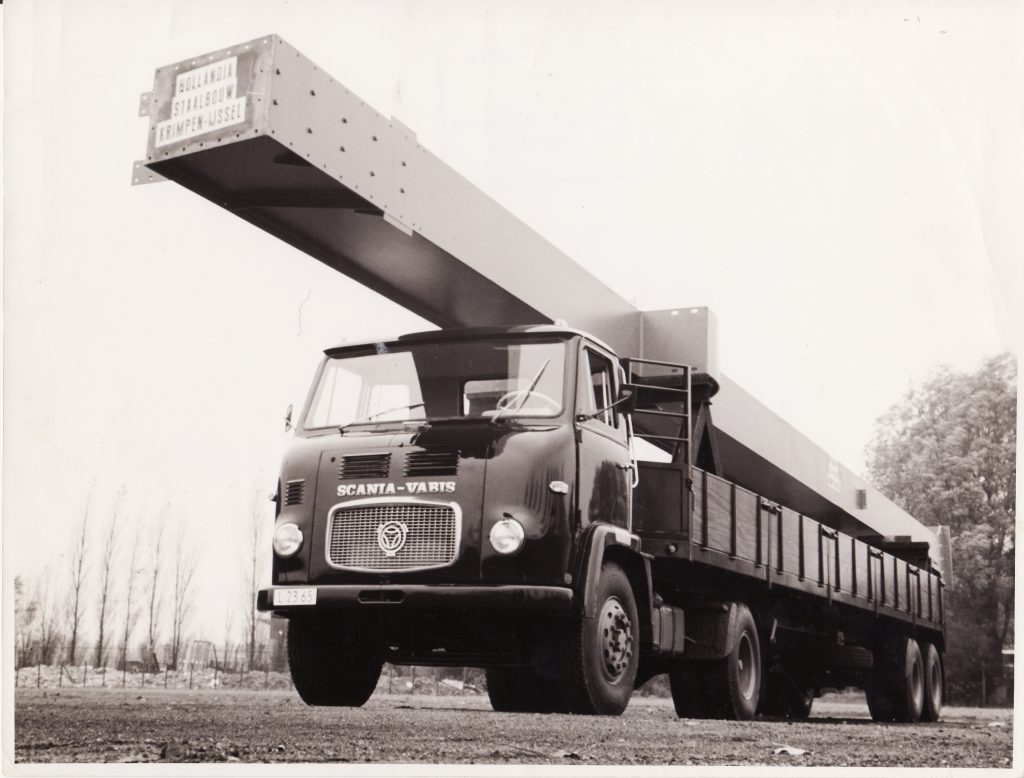 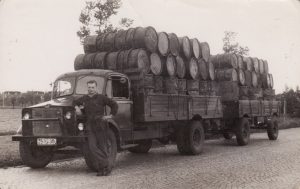 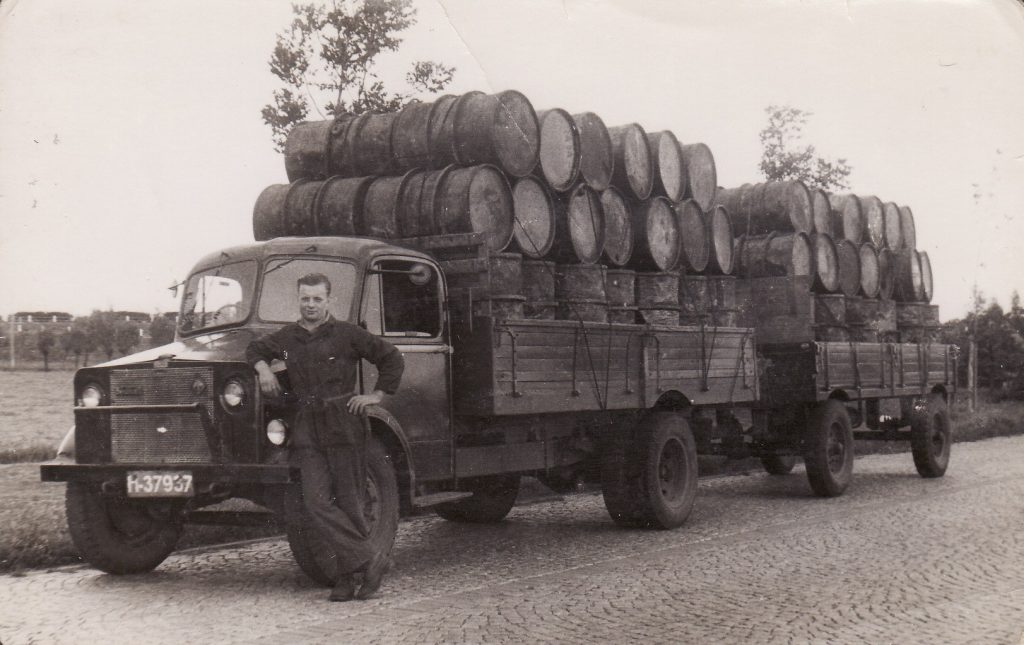 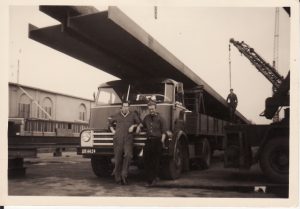 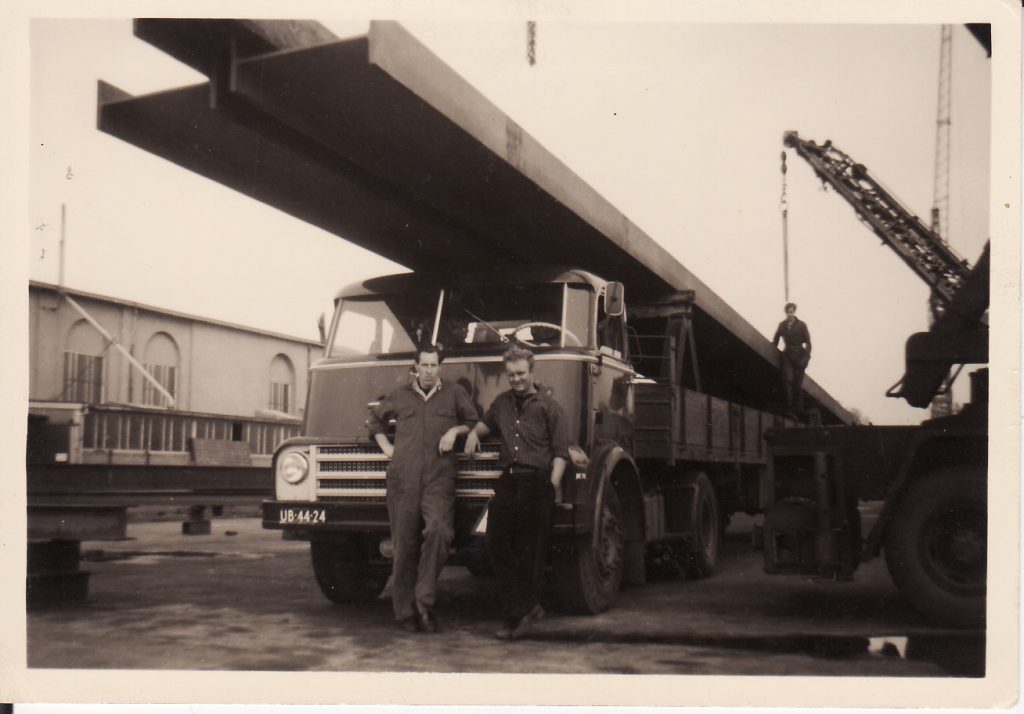 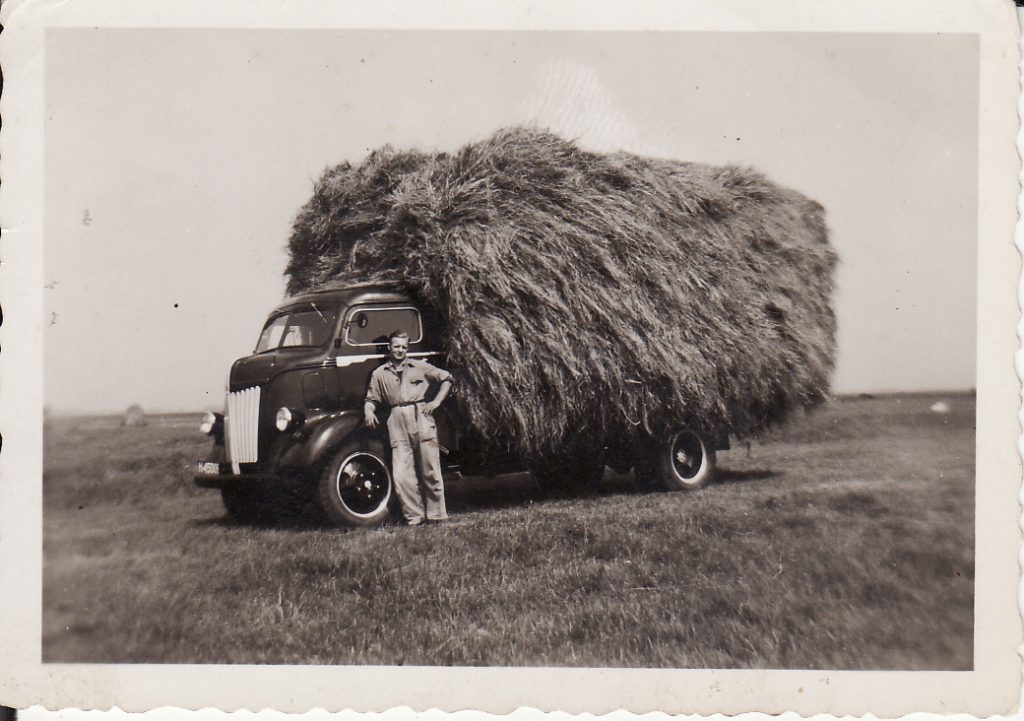 This allows the road was made free for the entry of the third generation and current management of the business, namely C. Goudriaan Mzn.

Goudriaan has considerably succeeded in expanding the fleet in the 90s. This was mainly due to the fact that there was a strong response to market developments. So that almost all types of goods can be moved.